RenMind started as a solo project of Luke Armstrong with support from Shawn Clapper (C-Blend). It has expanded to include a collective of polymaths.  Most often we design and develop custom web solutions for organizations. In 2014, we started combining several of our R&D projects into a single software tool initially dubbed RenMind Network. This is the team that made that product possible. 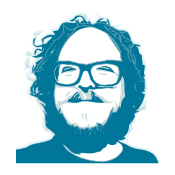 Luke is RenMind’s company founder and an endless supplier of ideas. He’s in charge of company direction and strategy, sales, and managing client relations. He also has a role in support, print design, user experience, interface design, web marketing, copywriting and front-end development. We don’t allow him to sleep.  Read more: LinkedIn 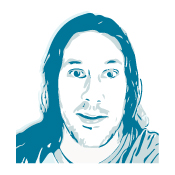 Shawn is that guy that knows way too much about technology, I mean everything. He’s our team technical leader and development advisor, and he’s in charge of hardware and software solutions. If you put Shawn in a room with a computer and a web editor he can make anything. We think he’s a magician. 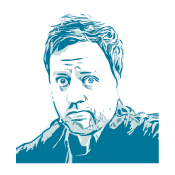 Nic may be a front-end developer and designer but he’s an artist too.
He’s the primary advisor for design solutions and manages anyone who’s working on front-end work for RenMind. He’s scarily good at what he does and never passes on an opportunity to remind us. 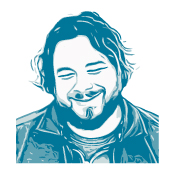 Bryan is a Luddite from South Omaha and he understands the frustrations of using new software. His job is to make your experience as painless as possible and get you excited about our projects. He works primarily in customer support, including web-based marketing, copywriting… whatever needs to be done. If you're having a problem, let Bryan know. He gets it. 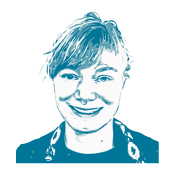 Ms. Thrash has proven to be a great addition to our team. She took an internship where she filed and scanned documents but stuck around to learn a variety of support tasks. She’s going to school at the University of Nebraska-Omaha majoring in French and International Studies. She also plays bass in Omaha’s greatest punk band that still hasn’t made it out of the basement. They will someday be bigger than the Clash. I’m sure of it.